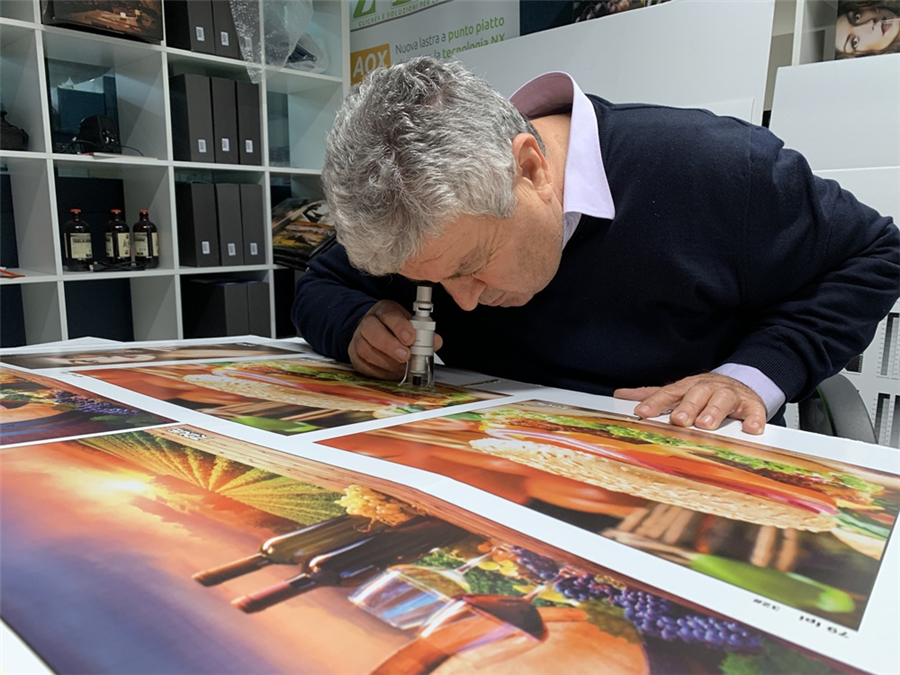 Awards success sparks a year of innovation at Z Due

In May last year, the senior management at Italian packaging prepress company Z Due travelled to Istanbul for the awards ceremony of the first Global Flexo Innovation Awards. They returned with much more than a Gold Award, because in the space of a few days the Modena-based business, along with fellow award-winner Reproflex3, from the UK, laid the foundation of a collaboration that has already yielded significant benefits to both companies.

Giorgio Cattani, technical manager (R&D), describes Istanbul as “a spark” that started a year of innovation at the company that even the global COVID-19 pandemic has failed to halt. While the outbreak did cause the postponement of an international conference on flexo technology that Z Due had scheduled for February, in Fall the company is staging a major webinar at which it will announce the latest products resulting from the Z Due/Reproflex3 partnership.

Both are patented technologies that exploit the enhanced ink transfer control possible of the Kodak Flexcel NX System, supplied and supported by Miraclon. The benefits for brand owners, printers and converters extend from the printroom, where start-up times are shorter and plate and ink costs lower, to final packaging featuring the highest quality, consistency and optical density. The first of these, Z Due’s BlueEdge® solution, is based on the Project Blue technology developed by Reproflex3 for its flexible packaging customers, which Z Due has adapted for the corrugated postprint market. Full details of the second technology, Vortex®, will be announced at the webinar, but in extensive beta-testing over the spring and summer it has delivered exceptional quality and consistency and significant cost-savings. Says Cattani: “Add to this the fact that it requires no modification to converters’ existing equipment and we believe it will be a hugely important development for flexo packaging, with broad appeal across regions and applications.”

Speaking to the world of flexo

Z Due acknowledges that it’s unlikely any of this would have happened so quickly without that “spark” that the Global Flexo Innovation Awards provided, which makes Z Due and Reproflex3 great examples of the benefits that can result from entering industry award programs. In Z Due’s case, however, it took a while for the company to start seeking recognition for the excellent work its strong R&D department produces, as Marco Mingozzi, internal manager, explains. “Until a few years ago our focus was 100% on producing the best work we could, but as our reputation grew we decided to test ourselves against our competitors. And since we have, we’ve discovered that we have something to say to the flexo world.”

The “Future of Flexo” event in February, organised in partnership with Miraclon, would have provided the biggest platform so far for Z Due to talk about flexo. The venue chosen for the conference - the iconic Museo Ferrari in Maranello - demonstrated Z Due’s ambition, as did a program of presentations that covered all aspects of the latest flexo trends in both flexible and corrugated packaging. “It would have been a major event for flexo, and Italy,” says Marco Mingozzi, “but we certainly haven’t given up on the idea and hope to hold something similar when the time is right.”

The Modena area was among the first to feel the impact of the COVID-19 pandemic, but despite the difficulties Z Due managed to keep working throughout. In keeping with its optimistic, ambitious outlook the company has found benefits in the situation. “It has been difficult to meet customers, of course,” says Giorgio Cattani, “but that gave us time to think about the future - about our products and how best to organize the business. Historically, crises are an opportunity to change and do some things better, and we are trying to do this.

“Everything we are doing to raise our profile in the market has one goal,” he continues, “and that’s to become a big enough player that we have a seat at the table with the large international brands. We believe we can get there if we have a technology and a product that the industry recognizes as the best available. We want brand owners to say, ‘We want our packaging produced using Flexcel NX plates and either the BlueEdge® or Vortex® technology.’ That’s our dream. It won’t happen overnight, of course, but through our partnership with Reproflex3 we’re on the way.”

Unsurprisingly, one of the next steps along the way will be entering the second Miraclon Global Flexo Innovation Awards, which are now open for entries. First held in 2018 to mark the 10th anniversary of the launch of the Flexcel NX System, the program is notable for “looking beyond the package” and evaluating the impact of submissions on the entire value chain. With high quality considered a precondition, the independent panel of judges - chaired this time by Christopher Horton, formerly senior vice-president of SGS - will be assessing entries against four categories of innovation excellence: creativity in graphic design; conversion from other print processes; workflow efficiency; and commitment to sustainability.

This time around Z Due have a hard act to follow after an outstanding performance in 2018. No less than eight of the company’s submissions were successful, winning the company not only a Gold Award but also elevating it to the select group of four companies that were awarded the highest honors.