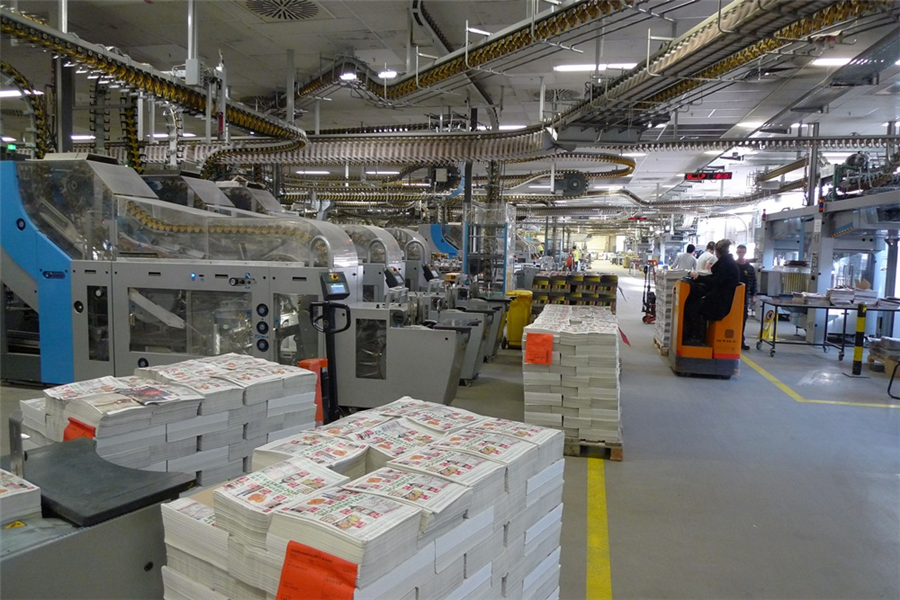 Most of the newspaper printing plants currently tasked with safeguarding their production opt for a retrofit solution – in other words, a “freshening up” with the addition of new control components and a thorough overhaul of the mechanical wear parts. This was no different at Funke Media Group, where the mailroom technology at the plant in Hagen was given a comprehensive retrofit by Ferag.

Technology from the 2000s

All the machinery in Essen and Hagen was renewed back at the start of the new millennium. The way production is structured meant that the lines could not be dismantled all at once and new ones set up in their place. The changeover to the then-new Ferag postpress processing technology thus continued from 2003 through to 2012. Basically, all the lines are identically equipped: one MSD inserting drum directly assigned to each printing machine, winding equipment, hoppers for the main product and preprints, a Ferag RollStream for supplement precollection, and a pair of MultiStack compensating stackers at the end. Ferag equipment for affixing MemoSticks is also available.

Taking into account the technology – at times now already 17 years old – concepts for future newspaper production in North Rhine-Westphalia have been in development for some time, as Christian Walter, operations manager for the printing plants in Essen and Hagen, confirms. While it quickly became apparent that a retrofit was the way forward, the timing of the implementation was left open. “We’ve now found a good time,” confirms Christian Walter, referring to the consolidation of Funke print production in North Rhine-Westphalia at the Hagen plant announced in February 2019. As is the case with virtually all regional newspapers across Germany, the circulation figures for WAZ, Westfalenpost, Westfälische Rundschau and NRZ are in decline, as are the volumes due to lower advertising revenue. Both printing plants in Hagen and Essen were not being used to their full potential. As a result, production has been carried out only at the larger plant in Hagen since the summer of 2020.

Consolidating production – with some operations running around the clock – will bring with it high demands in terms of the reliability and availability of the technology used. The extent of the retrofit process is thus based on a comprehensive status assessment of one of the older mailroom lines at the Hagen plant, which was carried out by Ferag and service technicians from Ferag Deutschland GmbH. These results were then adapted and applied to a further seven of the nine total lines here, with a line used as back-up not included.

One of the key measures is the retrofitting of the controls for the MSD inserting drums. The LineMaster controls are also being updated. The mechanical retrofit measures relate to the RollStream lines and their JetFeeder hoppers, the MultiDisc storage systems and the UTR universal conveyor.

As a result of the planned consolidation of production in Hagen, the retrofit had to take place according to a tight schedule. Once the final scope of the project was determined in the early summer of 2019, it was possible to make arrangements for the spare parts required and start the work in September. As six mailroom lines have to be available at all times in Hagen, the retrofit measures can always be carried out on two lines. Retrofitting of the final line is planned immediately after summer 2020.

According to Christian Walter, everything has gone according to plan so far. In addition to Ferag staff, the in-house workshop specialists from Funke were also involved in the process. Christian Walter: “This maximizes the learning effect. The maintenance team has to look after the systems afterwards, so they have to learn from scratch which control parts, components and wear parts have to be replaced, not to mention how the maintenance process may have to be modified.”

By consolidating the two printing plants, Funke Druck has an extensive stock of spare parts at its disposal. Smaller modules from Essen – such as hoppers or MemoStick dispensers – also enhance the performance of the technology in Hagen. As there will now be a significant increase in the amount of inserts to be added, Funke has invested in an additional warehouse for the delivered inserts.

All in all, Funke Druck believes that it is well prepared for the future as a result of the retrofit. For Dr. Klemens Berktold – head of the printing plants division at Funke Media Group – the goal is both clear and simple: “We want another ten years of smooth production using the machines at our disposal.” 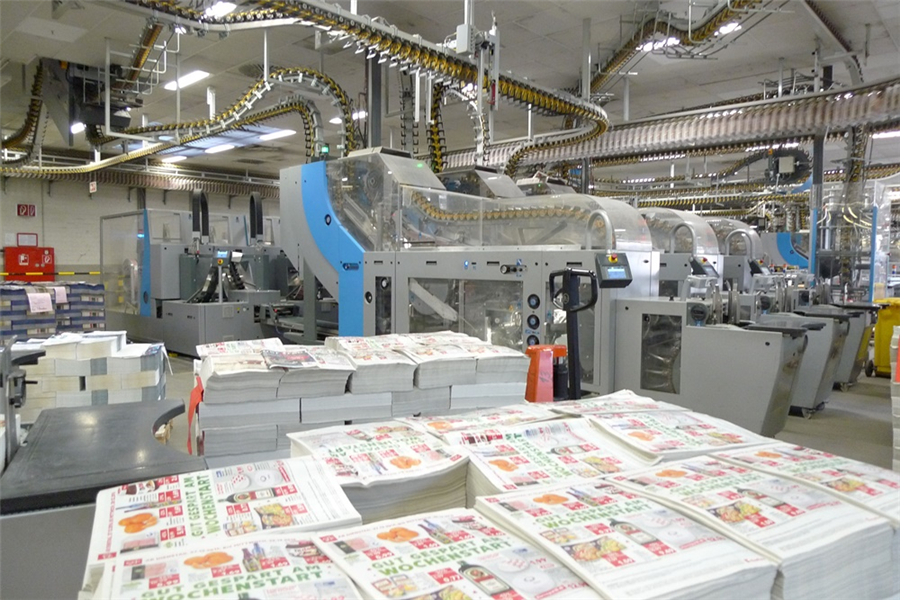 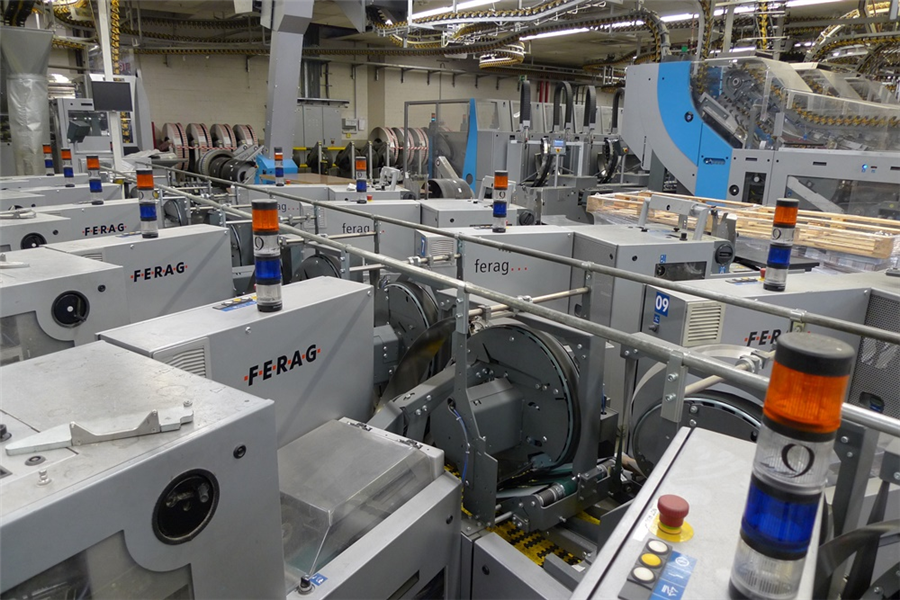