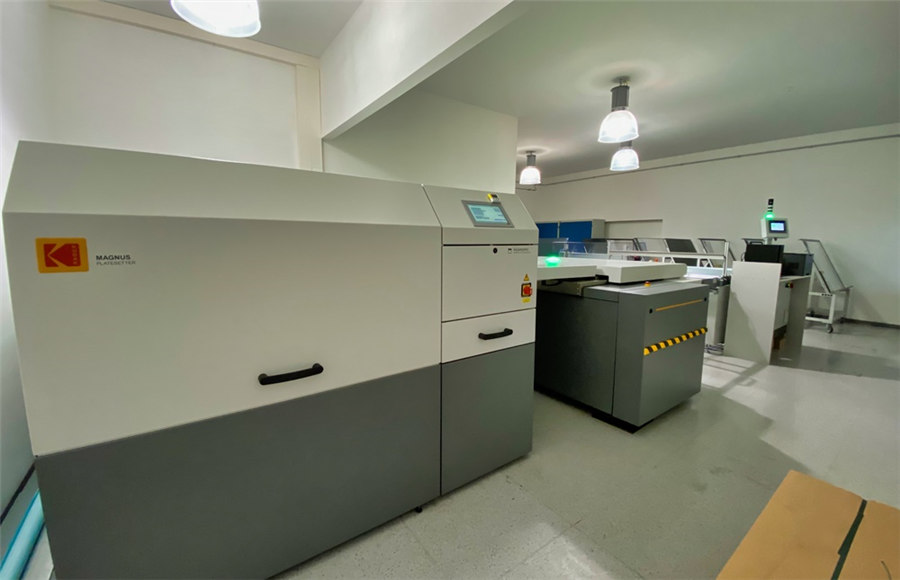 Interconnected production steps, fewer manual touchpoints, automated and more agile processes – these are the goals that FIBO Druck has been actively pursuing with a whole series of new investments over the past several years. Based in Neuried, just outside Munich, FIBO employs 35 people and has a reputation in the market as a powerful and responsive full-service provider.

In line with the motto “We can do anything – and we do it very well”, the printer tries to satisfy even the most unusual customer wishes. Apart from providing the typical range of commercial products and services, FIBO Druck also offers demanding finishing effects as well as complex mailroom and logistics services. Production mainly takes place on an eight-color sheetfed offset press in 750 x 1,060 mm format with an aqueous coater. A digital system that is used for short, high speed runs rounds off the printing capacity.

FIBO’s annual requirement for offset printing plates is approximately 40,000. It should come as no surprise that in 2019, when the platesetter traditionally used for this purpose had reached the grand old age of ten and where it was becoming increasingly problematic to procure spare parts, the management sought to streamline platemaking operations and accelerate the availability of plates for printing.

“Our previous CTP imager had five plate cassettes, which our people always had to fill by hand. After the plates had been imaged, they had to be manually collated for each individual job and stacked in a box. Someone else then fetched them, bent them, sorted them again, labeled them and took them to the press. Eventually, the plates were put on press by the printer. All in all, the plates had to be handled four or five times before they were actually on-press,” explains FIBO Managing Director Robert Bockmaier. “That’s why I was looking for a solution that would automate not only loading and imaging but also sorting and other plate handling steps to the maximum possible extent.”

All the way to the press without manual touchpoints

In June 2019, the big day finally arrived: a Kodak Magnus Q800 Platesetter with an in-line punch and an automatic Single Pallet Loader (SPL) installed upstream went into operation at FIBO. The Magnus Q800 was seamlessly integrated into a fully automated plate line from Beil Registersysteme. After leaving the CTP imager, the plates are bent and sorted in this line, then stacked separately for each job on plate trolleys, making it much easier for the printer to transport them to the press. The pallet loader has a maximum capacity of 1,200 plates including slip sheets for fully automatic loading, so that the X Speed version of the Magnus Q800 Platesetter (throughput: 45 plates/h) assures a steady supply of plates for quite a while. In fact, the SPL holds so many plates that FIBO only needs to change the pallet about once every ten days.

“By automating the platemaking and logistics processes, we were able to free up one of our operators and deploy them elsewhere,” says Bockmaier. “Whereas the plates used to pass through five pairs of hands, the first time they’re touched today is at the press when they’re picked up from one of our twelve plate trolleys. What’s more, since all of this is seamlessly automated, the plates are no longer scratched as a result of careless handling.”

The Managing Director confirms that it was a challenge finding room for the complete new CTP and logistics line in view of the limited space available. The compact design of the Magnus Q800 and the Single Pallet Loader proved to be a big advantage in this respect – as did the elimination of the plate processor which was accomplished when FIBO switched to Kodak Sonora Process Free Plates in early 2018. Introduced following intensive application tests, they replaced a so-called chemistry-free plate type, which had to be made press-ready in a processor with a special clean-out finisher.

“Our main motivation for switching to process free plates from Kodak was the chance to do away with the plate processor and hence an enormous amount of cleaning and maintenance – not to mention the costs for disposing of the chemicals, of course,” comments Bockmaier. The Sonora X Plate works perfectly with the automated plate logistics; the coating contrast of the imaged plates is sufficient to enable barcodes with job information to be read accurately for automatic sorting.

The quality FIBO achieves with the Sonora X Plate is impressive; a halftone screen with 175 or 200 lpi is standard, although hybrid screening with 225 or 300 lpi is also used on occasions. Low to medium-volume jobs are the norm at FIBO, yet Bockmaier is convinced by the process free plate’s strong run length capabilities: “We’ve printed runs of up to 250,000 in the past without any problems. And in our experience, the Sonora X provides excellent reproducibility during production according to the Offset Printing ProcessStandard (ISO 12647-2) because the typical variations of traditional plate processing no longer exist.” Around twelve months after the new CTP and automation technology made its debut in the prepress workflow, Robert Bockmaier’s verdict is overwhelmingly positive: his expectations regarding cost savings and organizational benefits have been more than met. 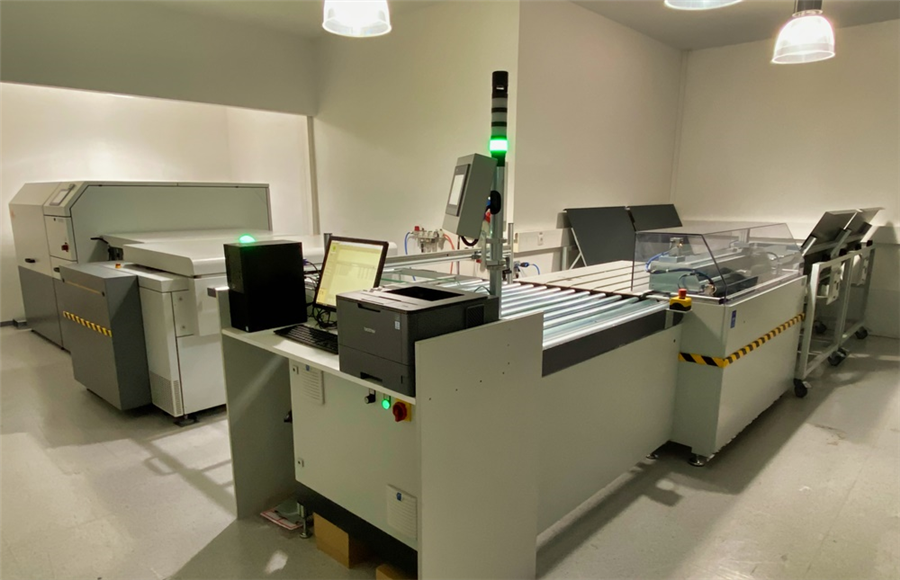