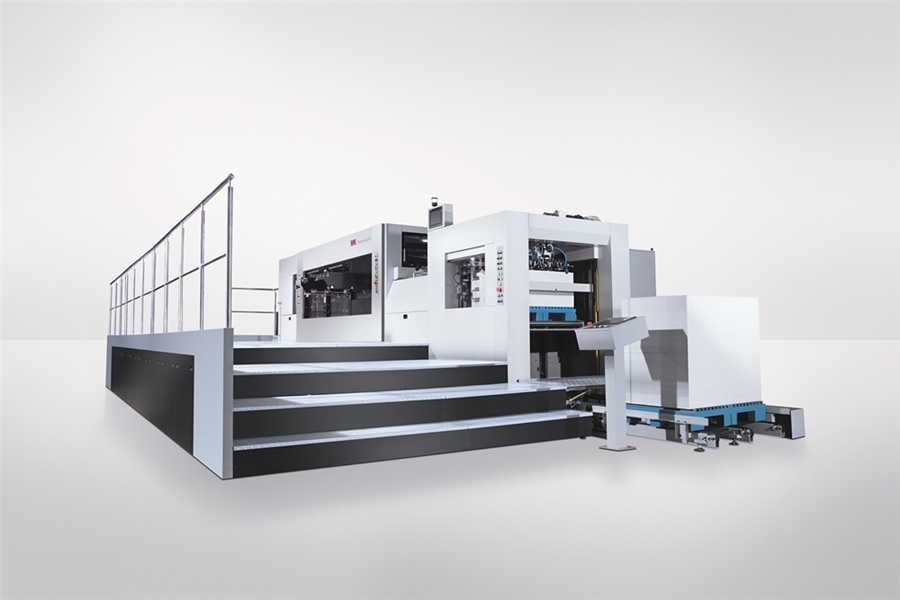 The various finishing processes still offer a lot of potential with regard to greater automation, higher productivity, and integrated processes. These are issues that need to be addressed by both commercial and packaging printers. Add to this the requirement for simpler and more user-friendly machines for compensating the skills shortage and reducing the level of physical work. Heidelberger Druckmaschinen AG (Heidelberg) has listened to its customers and developed appropriate new solutions.

“In commercial printing, the postpress department accounts for the highest personnel costs at typically around 60 percent,” explains Jörg Dähnhardt, Head of Postpress Business Management at Heidelberg. “That’s why we’ve put the focus here on integrated automation, like for instance with Push to Stop technology for the folding machines, in order to reduce makeready times and increase productivity. Likewise with the Stahlfolder P-Stacker robotic system, we increase the flow of materials and reduce the operator’s workload.”

The packaging area continues to grow, and with it the market’s requirements. On the one hand it is about smooth production of longer runs, on the other hand run lengths are declining, the number of jobs is rising, and everyone is talking about sustainability. This prompted Heidelberg to round out its die-cutting portfolio both upwards in higher performance ranges as well as downwards, in order to offer a solution for every application. The Powermatrix 106 CSB and Promatrix 145 CSB die-cutters will be new launches. For short runs from digital and commercial printing comes the new Multimatrix 60 FC, which offers an attractive price/performance ratio and is therefore suitable for smaller printing companies. It offers significantly higher productivity than the Heidelberg windmill and cylinder presses still used. “We’ve diversified and extended our range of die-cutters and folder gluers and can now also mirror the productivity of our printing presses. In order to be able to keep up with the higher speeds of the Diana Smart, we’re using a loading robot for the first time. The Diana Packer 4.0, which can pack up to 200,000 cartons per hour, can handle the speed at the delivery,” confirms Dähnhardt.

In general in postpress there are machines from a wide range of manufacturers and – at least in the commercial sector – still lots of manual and time-intensive steps that make a post calculation almost impossible. The new Heidelberg standard interface Postpress Data Ready ensures transparency and efficient order processing here. Postpress Data Ready concentrates purely on the acquisition of operating data, whether from the commercial or packaging area. The largely automated data acquisition refers, for example, to real-time data on production progress. As a result, the customer receives a reliable data basis for more efficient capacity planning and for easier final costing. Postpress Data Ready is a non-proprietary data interface and can thus be integrated into existing MIS systems. Data Ready is immediately available for the Diana folder gluers, for the die cutters and folders the interface will be introduced at a later date.

At the delivery of a high-performance folder the operator at a folding machine stacks around seven tons of paper on the pallet each shift. The packages can weigh up to eight kilograms and arrive at a rate of up to five per minute. In practice, this physical stress results in either the machine speed being deliberately reduced, logistical interruptions, downtimes being used as a break, or more pairs of hands being needed. The Stahlfolder P-Stacker, a robust, six-axis industrial robot that gently and securely grips and places down the signature pile using sophisticated gripper technology, now provides assistance here. The robot uses the full size of a Euro pallet. The Stahlfolder P-Stacker, e.g. at a Stahlfolder KH 82-P, ensures high productivity and efficiency in the folding process, reduces the operator’s workload, and provides breathing space for additional activities such as quality control. First deliveries are planned for October this year.

At drupa 2016, Heidelberg presented its innovative Push to Stop concept for the Speedmaster printing presses. It hit a nerve in the industry and, with numerous installations since, wide approval. Push to Stop will now also be available for the Peak Performance folding machines. With autonomous signature production, users take the first step towards autonomous production in postpress. The target group is customers with frequent changes of content and short runs. This is possible on the Stahlfolder TH/KH 82-P and TX 96, which gain significantly in productivity as a result, while the operators can focus more on the quality of the folded signatures.

With Push to Stop, the different signatures no longer have to be separated by means of separate pallets or paper markings, instead they are processed one after the other. The system is based on two components: a barcode printed on the signatures as well as an integrated camera system in both the PFX feeder and the palamides Alpha delivery. Production of the next signature then begins autonomously without active intervention by the operator. Mixing of the different signatures in the delivery pile is prevented by the barcode.

The partnership between Heidelberg and MK Masterwork dates back to 2015. A number of new machines were developed for the packaging market and since then, more than 450 MK machines have been sold through Heidelberg. The relationship between the two companies is now even closer, since MK is the biggest single shareholder in Heidelberg. Further new machines resulting from the successful partnership will be presented now. These cover an even wider portfolio, offer high speeds, and present larger formats as well as a die-cutter for the digital area and for shorter runs.

The Powermatrix 106 CSB (cutting, stripping, blanking) works at a speed of 8,000 sheets per hour. Equipped with pallet logistics and an auto non-stop feeder, this machine offers attractive throughput and optimum prerequisites for customers with higher material throughput. The MasterSet optical register system for the feeder was originally developed by Heidelberg and enhanced by MK. MasterSet aligns every sheet using print marks. Positioning can also be performed using the print image or the edges of the sheet, if there are no print marks available. The MasterSet cameras can also be positioned on the underside of the feeder, for example in order to die-cut corrugated cardboard with the printed side downwards. A separate sample sheet delivery enables the operator to pull a sample sheet for checking without stopping production. Like all die-cutters offered by Heidelberg, the Powermatrix also bears a GS mark.

Also new is the Multimatrix 60 FC for short runs for digital and commercial printing. It has an outstanding price/performance ratio and is thus also suitable for smaller printing companies that may use Heidelberg jobbing and cylinder presses. The Multimatrix 60 FC is ideal for a digital folding carton production workflow, for example with a Versafire and the Diana Go folder gluer. The Multimatrix 60 FC can optionally be equipped with a hot-foil unit, which enables a wide range of value-add finishes and flexible use of the die-cutter. Another benefit is its small footprint. The die-cutter produces at a speed of 5,500 sheets per hour and is also equipped with MasterSet. It is user-friendly and quick to set up and outperforms the Heidelberg jobbing and cylinder presses still on the market by a factor of two to three. It is suitable for runs from 1 to 1,000 cartons and is available to order immediately.

Gains in productivity and user-friendliness have also been made in the folder gluers. For example, the Diana Smart will be available with immediate effect with a high-speed package, allowing it to run up to 33 percent faster at up to 600 m/min. The new Diana Inspector offers an extended range of materials and can also inspect difficult materials such as metallized board, holograms, or hot foils. Another new feature is that printing defects and color consistency can be checked using a PDF comparison, which increases user-friendliness and significantly reduces the setup time. The second generation of the Diana Braille unit now also contains an option for the sheet register, which reduces the setup times for Braille even further.

A folder gluer can only run as fast as the cartons can be fed and packaged. Automation helps with this. There are two innovations here: firstly the use of a robot to load the Diana Smart and secondly the new and improved Diana Packer 4.0 for automated packing in outer cartons. For the first time, communication between the folder gluer and the Diana Packer 4.0 ensures that carton geometries only have to be entered once – the second entry on the packer previously required is no longer necessary. This shortens overall setup times, operators are relieved of physical strain, and postpress automation is increased in order to achieve higher performance. The Diana Packer 4.0 is now available. 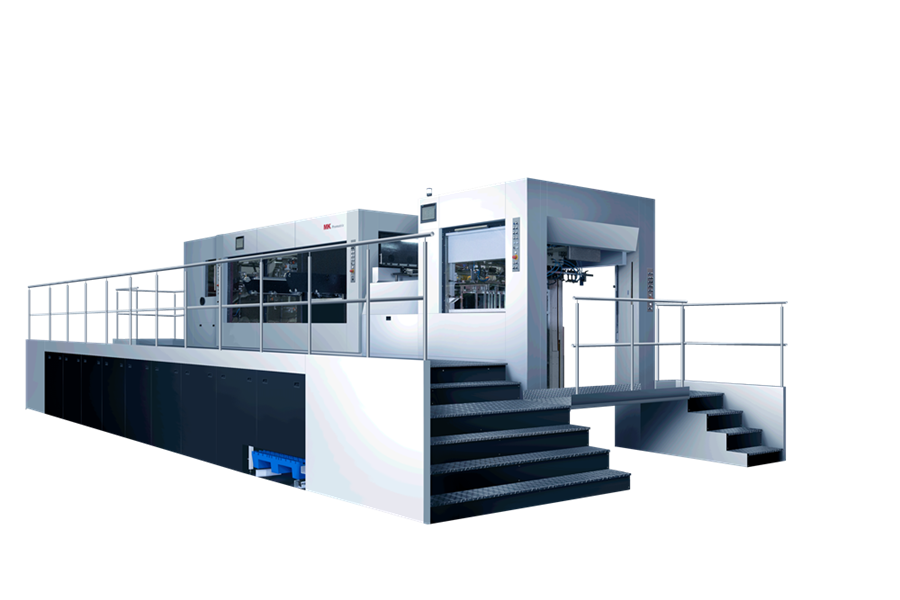 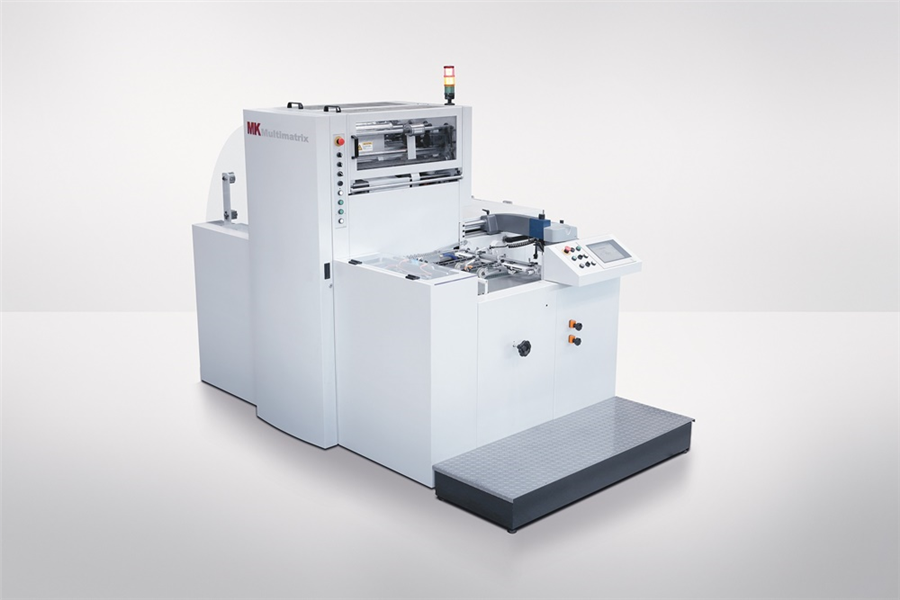