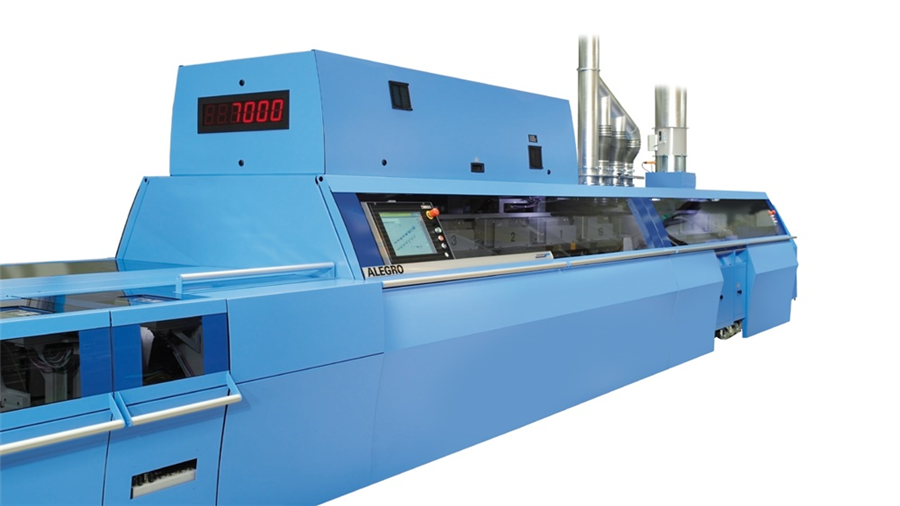 The British printing plant Clays is adding an Alegro perfect binder and a Kolbus BF 530 bookline to its machine line-up, which already features 13 machines from Muller Martini. With the Alegro, Clays is expanding its digital production capacities – having already installed a Vareo perfect binder and InfiniTrim three-knife trimmer for (ultra) short runs in spring. Thanks to the high degree of automation seen on the new perfect binder, the printing plant – which is located in Bungay, England – can now also produce larger digital printing orders in a cost-efficient way.

The orders produced on the Alegro are printed mainly on the new HP T490 digital printing press. Thanks to the integrated folding solution from manroland, digitally printed books can also be manufactured in 2up production. “The Alegro can take care of this efficiently and ensures cost-efficient production,” explains a pleased Ian Smith, Operations Director at Clays. “The option of producing digital work 2up or 1up allows us to produce the work in the bindery where ever we have most capacity and with it ensures we offer our customers maximum flexibility.”

The BF 530 bookline is a further addition to the existing machine line-up and will create additional capacities. A BF 530 is already in operation at Clays, and has impressed the company management with its output and reliability. Ian Smith: “The decision to buy another of these machines was thus an easy one.” In hardcover production, the peak months are seen in the autumn and of course in December for the Christmas trade. Thanks to the high production speed of 70 books per minute, these peak times can be optimally covered – which is why the BF 530 will be used mostly for orders with high print runs. “Nonetheless, the bookline can also be used for smaller orders. When combined with the existing machine line-up, we remain very flexible and can react quickly to customers demand,” says Ian Smith.

Founded over 200 years ago and employing some 700 staff, Clays produces over 150 million softcover and hardcover books per year. These are produced using digital and offset printing and come in print runs of all shapes and sizes. In softcover production, for example, the print runs can vary between one and several hundreds of thousands of copies per title. The order thus also includes two additional Orbit three-knife trimmers with two CB 18 compensating stackers for upgrading the existing Corona CC12 perfect binder. This will allow the machine to reach increased speeds. At the same time, the new systems also expand the already significant range of formats in the softcover segment and the production of book blocks for hardcover books.