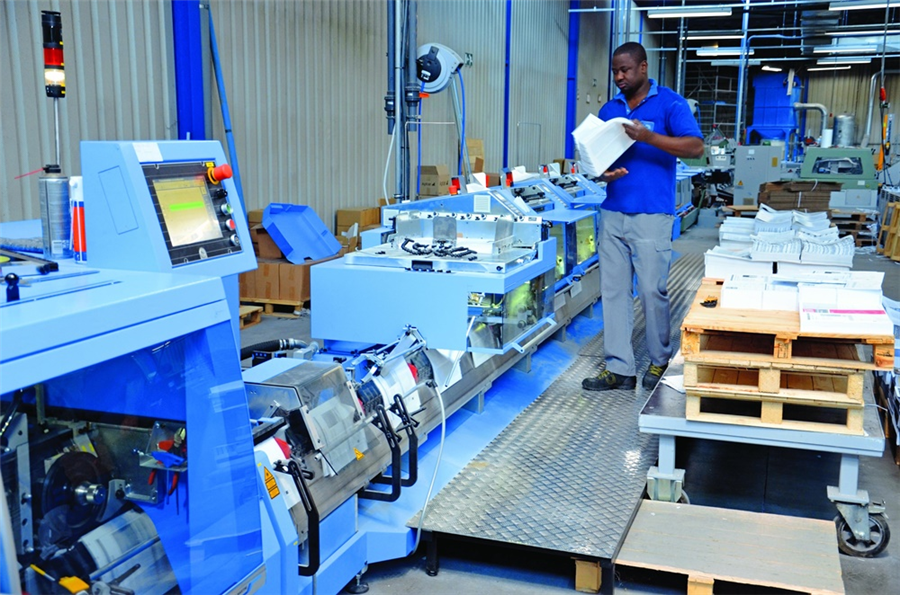 Thanks to a new Primera MC saddle stitcher, Drukkerij Van der Poorten NV in the Belgian city of Leuven has cut its setup times in half and expanded its product range. The old Prima Tandem is still available if needed, but a new era has begun at Van der Poorten with the new Primera MC. The saddle stitcher, which has eight flat pile feeders, a cover feeder, a Perfetto compensating stacker and an interface for exchanging data between the Primera MC and the Perfetto, is the answer to increasingly smaller print runs.

For jobs of as few as 300 copies, Van der Poorten has reduced changeover times by 50 percent. In addition, with the help of the hole punching device in the three-knife trimmer, the printing house is now able to produce new products inline as well.

Jeroen Van der Poorten’s long-term make-ready goal is a 75 percent time saving with almost no production waste. “That way we will be able to offer our customers better prices,” says the managing director of the family company. But Van der Poorten, the grandson of the company’s founder, who has relied on Muller Martini’s solutions and good service for decades, is not impressed with just the higher productivity. The Asir 3 signature scanning system is valuable to him because in Belgium a number of magazines are published in three languages, so it must be ensured that the products are assembled correctly.

The high-tech three-knife trimmer not only makes a considerable contribution to higher productivity but also has a hole punching device, which is especially important for the production of calendars. Before the new saddle stitcher was commissioned, this process was carried out offline in two steps. “Now, of course, our production is much more profitable and we are able to offer our customers new products,” says Jeroen Van der Poorten, noting the two key advantages of the Primera MC for him.