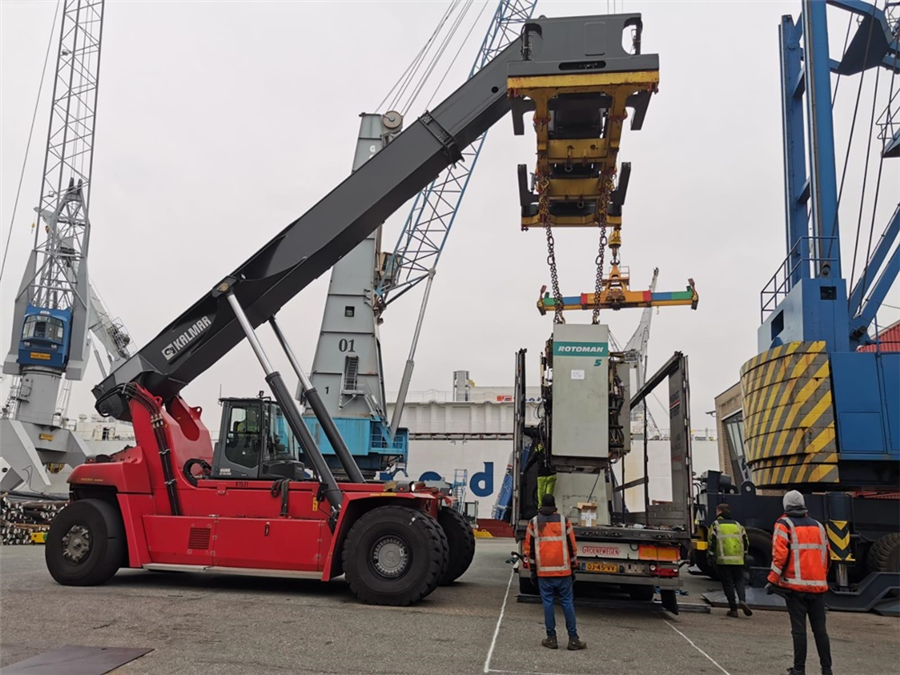 Modern Arab Establishment for Printing and Publishing with its headquarters in Cairo opted for a used Rotoman press that is now going to be moved from Bechtle Druck, Germany, all the way to Egypt. For the relocation and implementation, the Egyptian printer chose GWS Printing Systems (GWS) and manroland Goss as their preferred partners.

Modern Arab is known as the oldest private printing company in Egypt and today is still one of the largest publishers and printers of school books in the country. The manroland Goss subsidiary GWS has been holding a good relationship with the customer for almost 10 years. The Rotoman press for Modern Arab Establishment is the third press supplied by GWS since 2015.

The press has been dismantled during the last weeks and is currently on transport to Egypt. The installation is scheduled to take place until the end of summer 2019.  The dismantling was carried out by a joint team of technicians provided by the client, manroland Goss and a GWS supervisor. The technical project management has been in the hands of manroland Goss and GWS as well, so the two partner companies could once more prove their competences as web offset service providers and high-performing business partners.