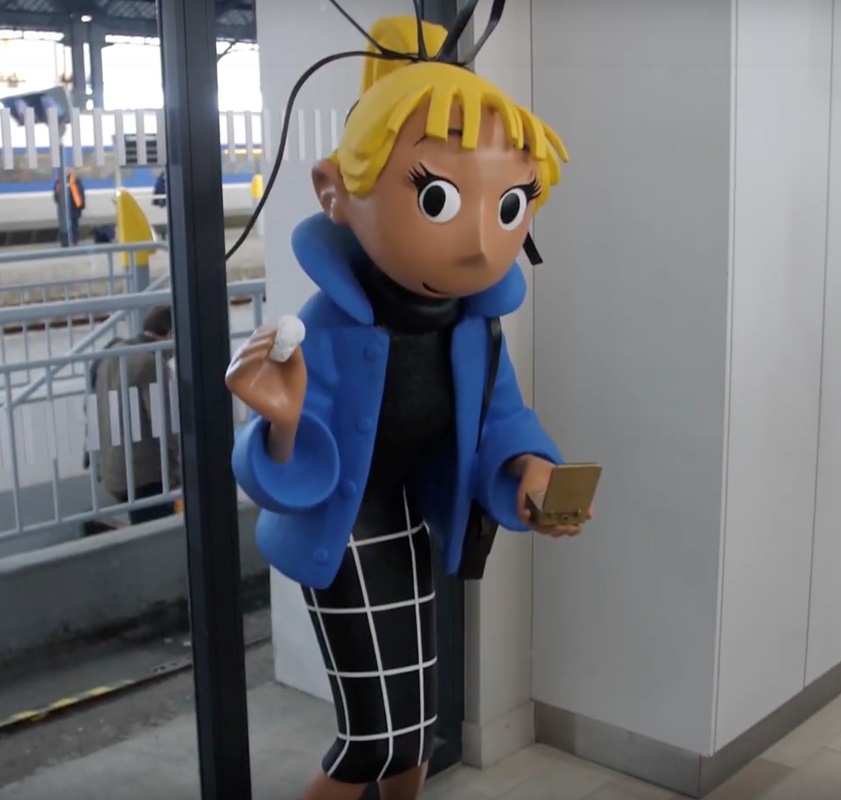 As part of the International Cartoon Festival of Angoulême, Métropole, a France-based specialist in event management, digital printing, and large-format 3D printing, has produced five life-size characters using its Massivit 3D printer – to the delight of commuters and festival-goers.

Thanks to its "unrivaled printing speed" of up to 35cm (14") per hour and its two printheads, the Massivit 1800 3D printer has enabled Métropole to meet the extremely tight deadlines set by the festival organizers.

Franck Bondoux, the festival’s President, explains: "Only the Massivit 3D printer, deployed by Métropole, could have pulled off this feat in terms of turnaround time. Our life-size statues were ready onsite on the opening day of the festival, creating just the wow effect we had been aiming for."

Métropole testifies to the capability of Massivit 3D printers to produce large format 3D objects at great speed. "It took less than four weeks work – eighty hours of printing plus 200 hours of assembly, sculpting and painting – to create the five comics characters displayed at Angoulême station," says Denise Zanet, Associate Director at Métropole, who is thrilled with the buzz and delight the statues have sparked at the station.

Appeal and complicity across generations

It is no surprise that the statues were placed at Angoulême station –the world’s comic book capital, the destination of many festival-goers and comic fans. "These life-size characters at the train station create a real sense of complicity for travelers. The statues have an ultra-realistic finish, totally bringing them to life. Comic fans find themselves immersed in a playful, joyous and comforting world," Franck Bondoux adds, pleased with this decision.

Comics characters brought to life as statues have always held great appeal. "Comic fans love getting up close and personal with their favorite characters. This creates a strong bond both for children and the young at heart, who reconnect with their childhood emotions. No doubt lots of selfies with our statues will show up on social media," Franck Bondoux concludes.

Blake and Mortimer, Spirou and Seccotine, as well as ‘Le Fauve’ – the festival's mascot and trophy for competing authors – will continue to wow travelers at Angoulême station for a long time to come.