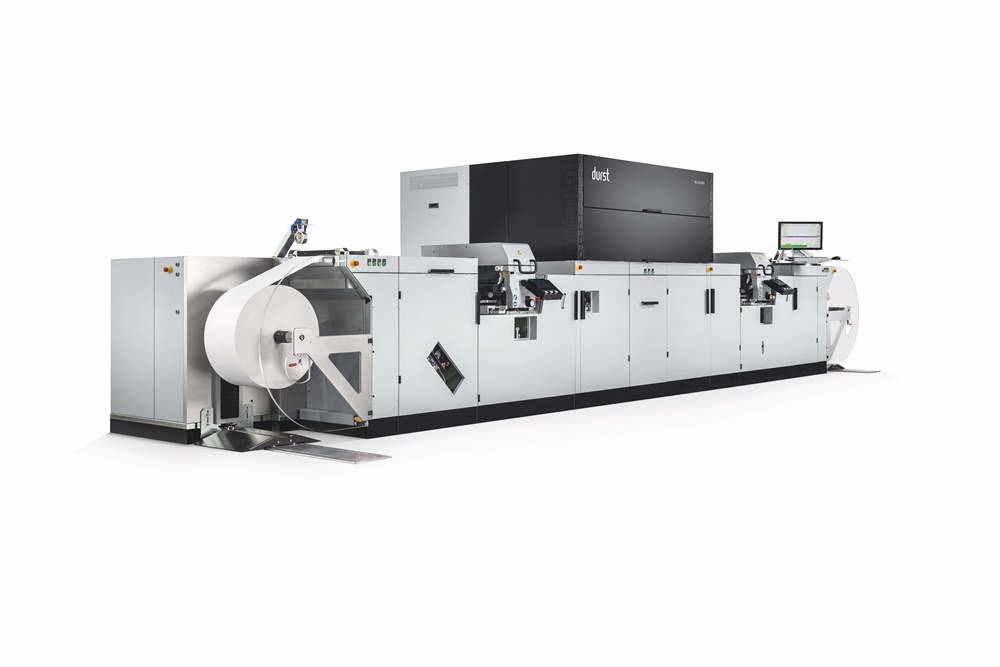 The Durst Group’s Tau RSCi label printer made its debut in the American market in mid-2021 with an installation at Accu-Label of Fort Wayne, Indiana. The main objective of this investment was to drive the transformation from flexo to digital. One year on, the firm’s verdict is overwhelmingly positive.

“The Tau RSCi is a real game-changer for us that’s helping to write the next chapter in our success story with digital label production,” asserts President Dave Manning. Accu-Label first entered into digital six years ago with another manufacturer’s label printing solution. However, production was limited to short runs owing to the relatively high costs for consumables. Since installing the Tau RSCi, which is designed for an industrial level of productivity, Accu-Label has also been able to handle medium to long-run jobs economically from day one. What’s more, a new standard of quality has been achieved thanks to Durst’s highly pigmented Tau RSC UV inks. The company opted for the 20” version – the widest available – to maximize their productivity.

Production Manager DJ Manning emphasizes in this connection that, “The Tau RSCi has halved the costs for consumables, and the print speed is up to five times higher compared to alternative solutions. It’s precisely this combination that makes the Tau RSCi unbeatable when it comes to digital label printing. And the color consistency the Durst solution provides is an enormous advantage where recurring jobs are concerned.”

Accu-Label’s production mix was previously in the region of 25 percent digital and 75 percent flexo. By August 2021, the digital share of the total volume produced had risen to 47 percent – with just the Tau RSCi operating in a single shift and supervised by one employee. Four operators are needed to print roughly the same volume in flexo. “Today, our jobs are produced using the technology that delivers the highest profit contribution,” Dave Manning confirms. The almost negligible setup times and the high printing speed of up to 328 feet per minute are key here and central to efficient production.

“The transformation from flexo to digital has finally got under way with the Tau RSCi. It’s had a bigger impact on our business model than any other investment to date,” DJ Manning concludes. “After only a year, we’re already considering installing a second Tau very soon, to enable us to expand into new market segments.”