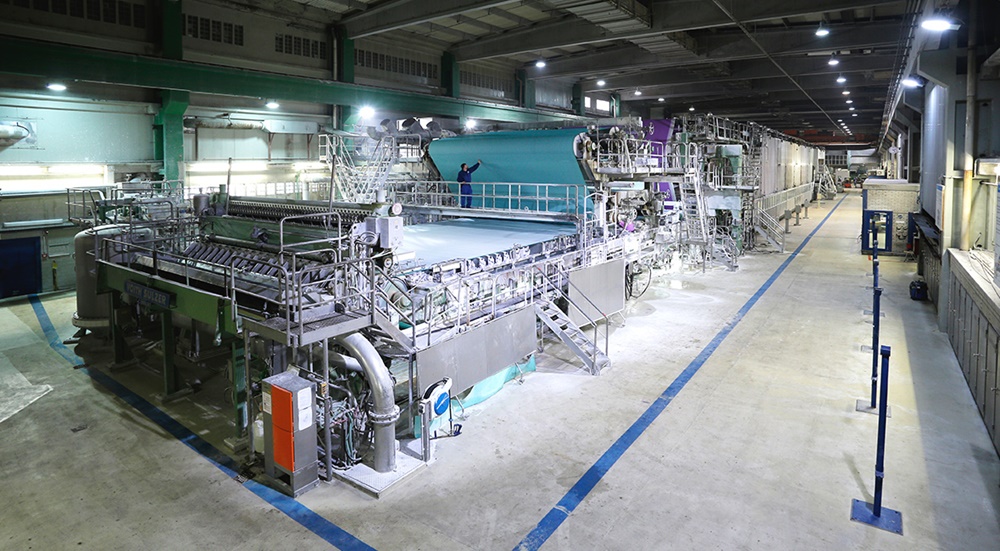 Responding to climate change is one of the greatest challenges of our times. As a global company, Sappi is committed to being part of the solution and is focused on decarbonising its operations. As part of its long-term global commitment to climate protection and sustainable production, Sappi will be abandoning the use of coal at its German site in Stockstadt as a next step. To this end, the current coal-fired Boiler 9 will be decommissioned, and the mill will be operated using only renewable biomass and natural gas.

This transition already started at the end of 2021 and is scheduled for completion by the end of September 2022. This fits seamlessly into Sappi’s large-scale projects to reduce CO2 emissions as part of its ambitious decarbonisation roadmap: for instance, with the fuel boiler modernisation at the Gratkorn site in Austria, fuel conversion to biomass at the Kirkniemi site in Finland and the installation of a new electric boiler at the Maastricht plant in the Netherlands. Sappi’s decarbonisation targets for 2025 include reducing emissions of specific greenhouse gases (Scope 1 and 2) by 25 per cent and increasing the share of renewable energy in Europe to 50 per cent (compared to 2019).

A tradition-rich company committed to a clean future

Sappi’s Stockstadt mill was founded in 1898 and is one of Sappi Europe’s ten production sites. The exiting of coal is expected to reduce annual emissions in Stockstadt by at least 100,000 tonnes of CO2. This corresponds to roughly one third of previous fossil emissions. Moreover, the project is expected to have numerous positive benefits for the environment in terms of less traffic, noise and waste.

“The project marks a significant milestone in equipping the Stockstadt mill for the future,” explains Christian Dietershagen, Managing Director and Plant Manager at Sappi Stockstadt GmbH. “In addition to the positive climate impacts, we anticipate that roughly 700 truck journeys for waste disposal per year will be dispensed with, and that noise emissions will be reduced due to the elimination of various sources, e.g. the ramping up and down of the coal-fired steam boiler, operation of the coal mills, and the absence of truck shuttle traffic.” Additionally, the annual energy consumption is expected to be lowered from the current level by some 5 to 7 per cent.

Sappi’s decarbonisation roadmap includes close to 80 projects to be implemented in all European mills between 2021 and 2025. The roadmap is based on three prioritised pillars:

With the coal boiler decommissioning at the Stockstadt site by September 2022, the exit from the use of coal will be nearly complete across Sappi Europe’s facilities. This is another important contribution the company is making towards a sustainable, low-carbon future – as stipulated by the Paris climate protection agreement and the European “Green Deal”.