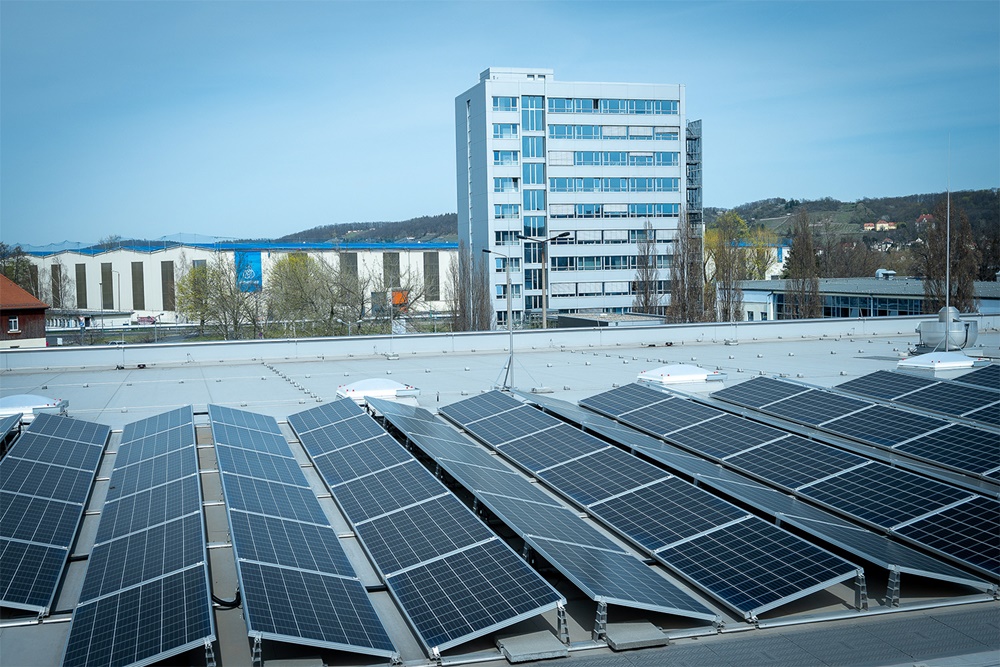 Koenig & Bauer has made significant progress towards its sustainability objectives in 2021. The press manufacturer intends to implement carbon-neutral operations in all its production plants by 2030. Now that all its power is now being purchased from renewable energy sources, its Scope 1 and Scope 2 CO2 emissions in 2021 have already been reduced by 58.5% at the Group’s major production sites in Würzburg and Radebeul in comparison to the base year 2019.

After recording 20,561.5 tonnes in CO2 emissions over the reference period, including fuel consumption by the vehicle fleet – the majority of which is leased – this figure fell to 8,530.7 tonnes of CO2 in the last financial year.

At the same time, the Group is also focussing on pursuing other projects to improve its carbon footprint. In 2024 at the latest, the transition to virtually carbon-neutral district heating generated using green energy at the Radebeul location will have been completed. The supplier, Getec, predominantly uses biomass produced using wood pellets and solar thermal technology to generate heat for district heating. Along with the photovoltaic arrays that have already been installed on the facilities in Radebeul and Mödling, there are plans for further expansion of the company’s own power generation capacity. The Group’s location in Lausanne currently plans to cater to around 20% of its base load power requirements using a photovoltaic array that the property owner has installed on the roof. At the Würzburg location, the potential for in-house power generation using photovoltaic arrays and other green sources of energy is being examined. Furthermore, around 8% of natural gas consumption at Group headquarters could be substituted by using waste heat from the new furnace in the foundry.

An initial analysis was conducted with support from an external provider to estimate the Scope 3 CO2 emissions. This analysis arrived at a figure of 1.755 kt of Scope 3 CO2 emissions for 2021 – and at 99%, they account for the overwhelming majority of Koenig & Bauer’s carbon footprint. The downstream side, where the products are used, is the most significant driver of Scope 3 emissions, at 90%. The priority that has been given to reducing energy consumption by the products is correspondingly high, and has resulted in an increase in energy efficiency, the expansion of digital services such as artificial intelligence for optimal press capacity utilisation, and the Group’s ‘Climate-neutral Print Production’ service. Additional leverage to reduce Scope 3 CO2 emissions even further is being exploited on the upstream side, with purchasing activities directing a strategic focus on materials with the smallest possible carbon footprint and making increased use of climate-friendly transport for materials, finished products and service components. A number of measures are incentivising employees to reduce CO2 emissions on their daily commute to work. The planned upgrade of the electric charging infrastructure in employee car parks is one such activity. Another direct contribution to climate protection can be made by means of sustainable travel management.