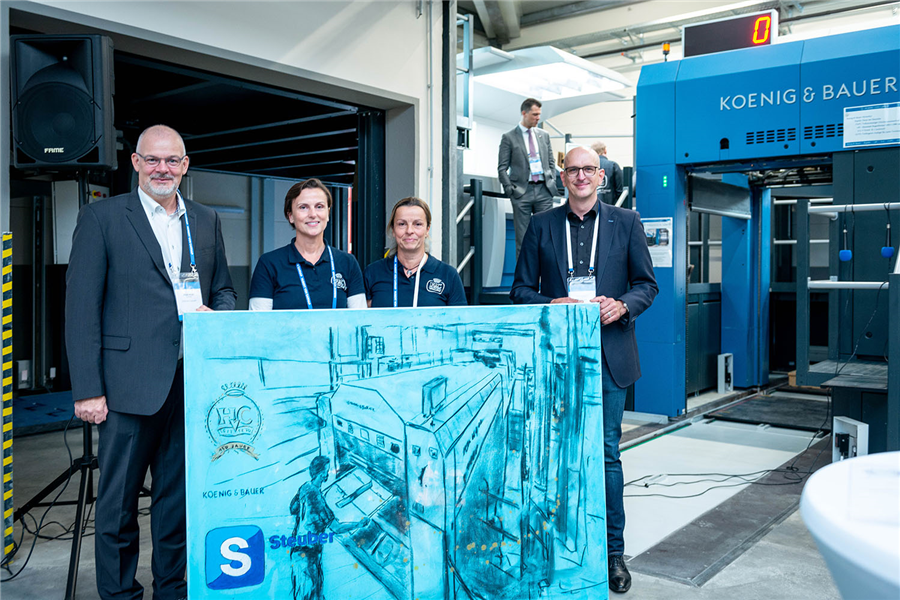 It has only been a few days since the packaging and cardboard processing company Hubert von Carnap, which is based in Windeck, North Rhine-Westphalia, officially launched production on its new sheetfed offset press together with its customers and others who have played a role in the company’s success. And that’s not all: the ceremony provided an occasion to finally celebrate the company’s 150th anniversary, with the celebration that was originally planned having been cancelled following damage due to a fire.

Moreover, managing director Jürgen Bergmann and head of sales, Martin Trojca, were able to share good news with employees and business partners alike: Susanne Nordberg and Katharina Steffens will be the new proprietors of the family company, now in its fifth generation. Both this, and the new technology, have given the cardboard processing company a future to look forward to.

Process automation with a tiny footprint

A Rapida 145, which has been raised by 630 mm and which features five inking units, a coater, and three-section extended delivery is now being used for printing at Hubert von Carnap. That’s nothing unusual for a company that specialises in packaging. What is remarkable, however, is the way the press was able to be installed in a very limited space while also featuring extensive, pallet-free logistics along with other components for automation. All the additional components that have been added around the raised press are installed over two levels. This means that the machine operator does not have to cover the same long distances, while also optimising the space available for the anticipated output from the Rapida 145. The close cooperation between the experts at Hubert von Carnap, Koenig & Bauer, the system vendor Heinrich Steuber, and local workshops was pivotal to this remarkable installation.

The Rapida 145 has allowed Hubert von Carnap to boost its production capacities significantly. The press for sheets with a format of up to 1,060 × 1,450 mm, and a production of up to 16,000 sheets/hour on substrates up to 1.6 mm thick, has increased output by 40 per cent compared to the predecessor press, which dates from 2002. Automation features such as non-stop systems at the feeder and delivery, sidelay-free infeed DriveTronic SIS, FAPC plate changers and CleanTronic Synchro for parallel washing processes all contribute to higher productivity. Quality control and regulation features are based on inline systems that use QualiTronic ColorControl and PDF check for sheet inspection, as is the comparison of the printed sheet with the customer PDF. These systems are a guarantee of high-quality print products for printers and customers alike.

An exacting range of substrates

All the new features aside, every effort was made to make the work that printers do easier. This starts with the EasyClean ink duct plates for fast ink changes, and also includes unbent printing plates, the disengagement of individual inking units, and EES to reduce emissions near the delivery area, and even extends to allowing access to virtually every press unit without forcing the operator to climb steps. The production facilities can now also be heated using the heat generated by the cooling units used for the printing press.

Hubert von Carnap is a producer of packaging, primarily for the food and pharmaceutical industries, but also for tools and hazardous materials such as explosives for use in the mining industry. This range of products places huge demands on the technology, which needs to be able to print, die-cut, and bond thin cardboards, along with flexurally rigid solid boards, and microflute substrates to produce finished packaging.

Anything between 160 and 200 tonnes of cardboard is processed by Hubert von Carnap every week. And this looks set to increase: the two new proprietors, Susanne Nordberg and Katharina Steffens, informed their staff of 50 that the installation of the Rapida 145 is the first in a series of future investments. Both intend to keep growing Hubert von Carnap, along with venturing into new business areas to cater to the current demand for packaging made of renewable resources, and will also be focussing on acquiring new customers for their company. They also used the occasion to thank employees and customers for their loyalty to the company, which can look back over decades of experience, over what were very difficult months. 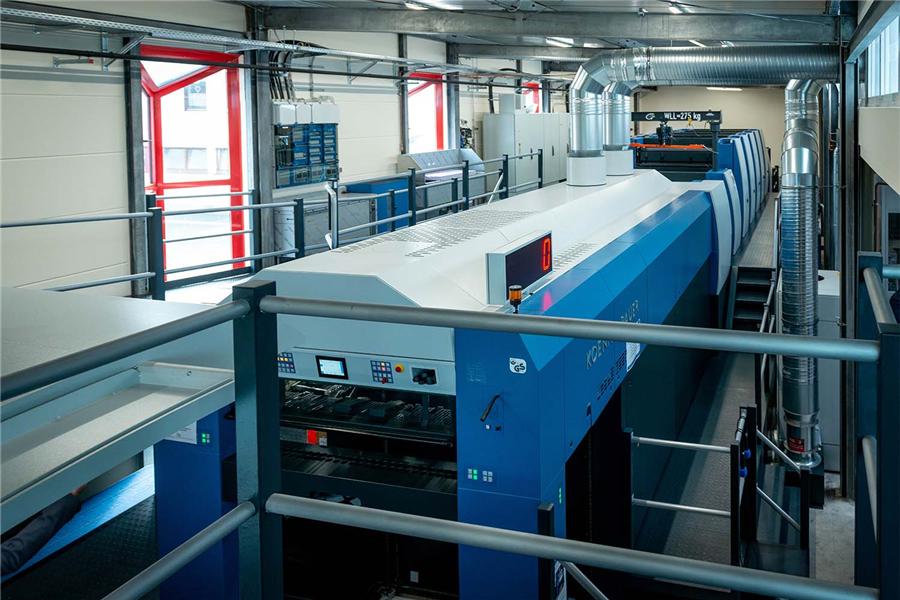