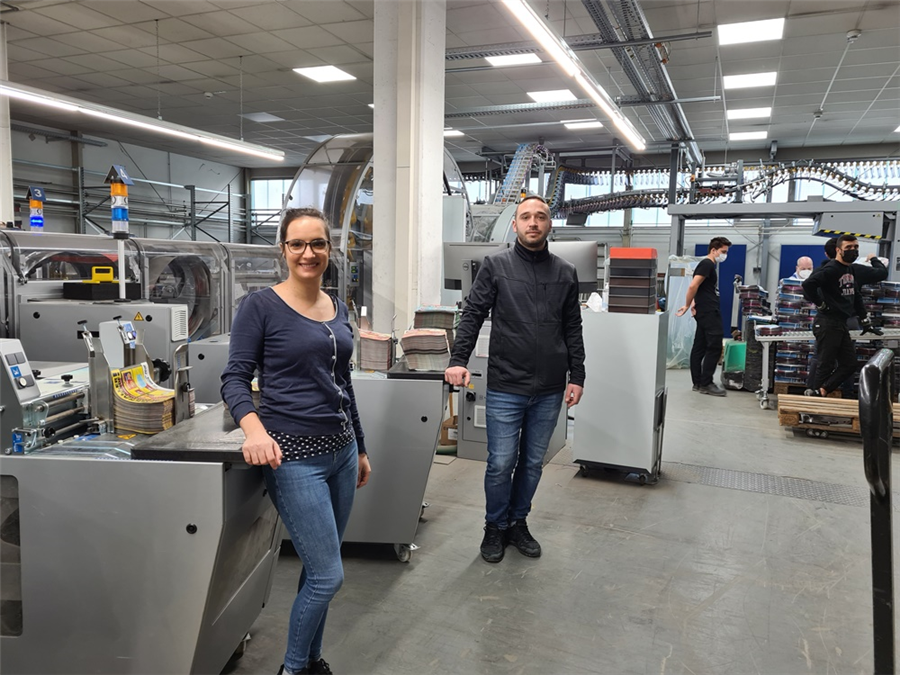 Thanks to a new EasySert inserting line, the increasing insert volumes seen at the newspaper printing plant at Medienhaus Aachen can now be processed much more efficiently. Compared to the previously used system from another provider, advertising freesheets or preprints can now be filled twice as quickly with up to 24 inserts and processed ready for delivery.

Euregio Druck GmbH, which is managed as a profit centre, is a wholly owned subsidiary of Aachener Verlagsgesellschaft mbH (AVG) and the operator of the newspaper printing plant. Since the company was founded in summer 2011, a KBA Commander CT printing press has been in operation here, together with two Ferag mailroom lines with MSD inserting drums in the adjacent mailroom (Aachener Presse-Versand GmbH). According to operations manager Andree Trautmann and the some 60 full-time staff and many other employees working at Euregio Druck and Aachener Presse-Versand, creating a high-quality product is their daily objective.

The focus here is on newspapers and similar products, which are printed seven days a week. Around 90,000 copies of the daily newspapers Aachener Zeitung and Aachener Nachrichten are produced six days a week in 17 different local editions. The many local editions of the advertising freesheet Zeitung am Sonntag are also printed here, with a weekly circulation of around 330,000 copies. This is in addition to printing jobs from other newspaper companies and a series of official journals for the region – in Rhenish (350 x 510 mm) or tabloid (255 x 350 mm) format.

In 2012, the two Ferag lines at the mailroom in Aachen were each equipped with ten JetFeeders for adding inserts. This has proven insufficient in many cases in recent years, meaning an additional precollecting option was created. Due to the quantities involved and the available time window, this option was replaced by a highly specialized system from Ferag last year.

Consisting of an EasySert inserting drum, a FlyStream precollecting line and 24 JetFeeder hoppers, this third finishing line is the perfect addition to the existing Ferag mailroom technology. Around 80 percent of the available capacity is taken up by insertion in preprints, with advertising freesheets handled on the EasySert one day a week.

Operations manager Andree Trautmann: “The inserts are inserted either in a specially produced main jacket made of 120-g paper, in another insert or in a newspaper preprint.” Preprints like these in which insertion is made can be fed automatically from reels. Main jackets, carrier inserts or preprints are opened via the overlap or with suction heads. The finished collections are then bundled on three MultiStack compensating stackers – which were purchased together with the EasySert line – before being laminated and cross-strapped. In this way, they can be supplied separately and inserted with a minimum of fuss during delivery by the respective delivery person.

The conversion work in the finishing hall was started by Ferag in May 2020, with commissioning beginning in August. The space on offer proved a challenge here. However, Ferag not only offered a suggestion for the layout of the new line within the space available, but also for how the step-by-step commissioning process should proceed. Andree Trautmann: “The existing system was around ten metres away. This meant the FlyStream precollecting line was first put into operation on one side – with twelve JetFeeders on just one side of the line – before the other side followed one week later. Naturally, space was then at a premium for a few days. After we saw how well production was running on the new line two weeks later, the old system was then dismantled.”

As the operations manager at Euregio Druck confirms, the system was quickly running at full production. He is also full of praise for the project management by Ferag: “Everything was very well organized.” 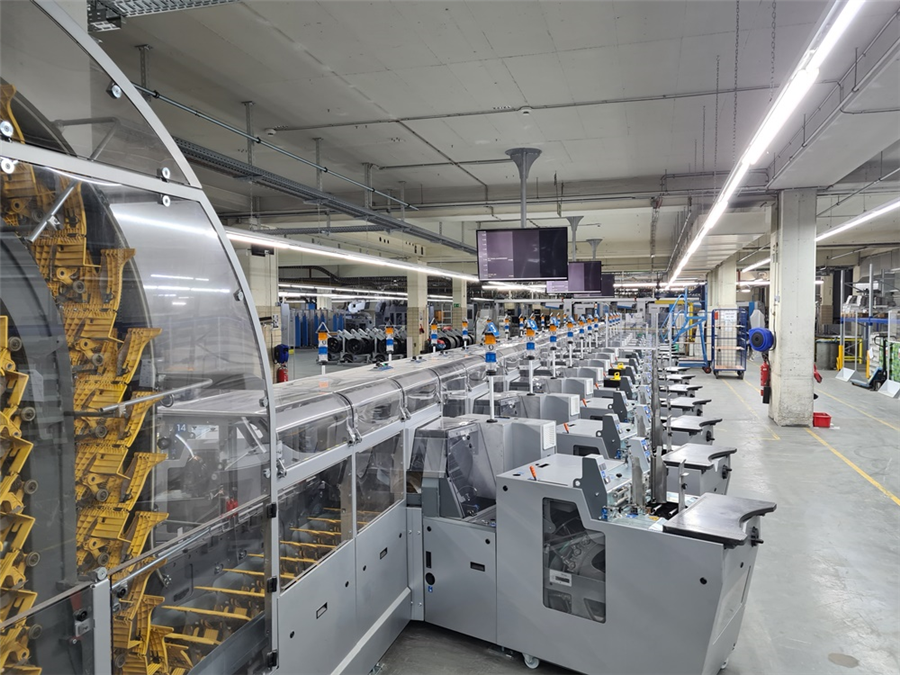 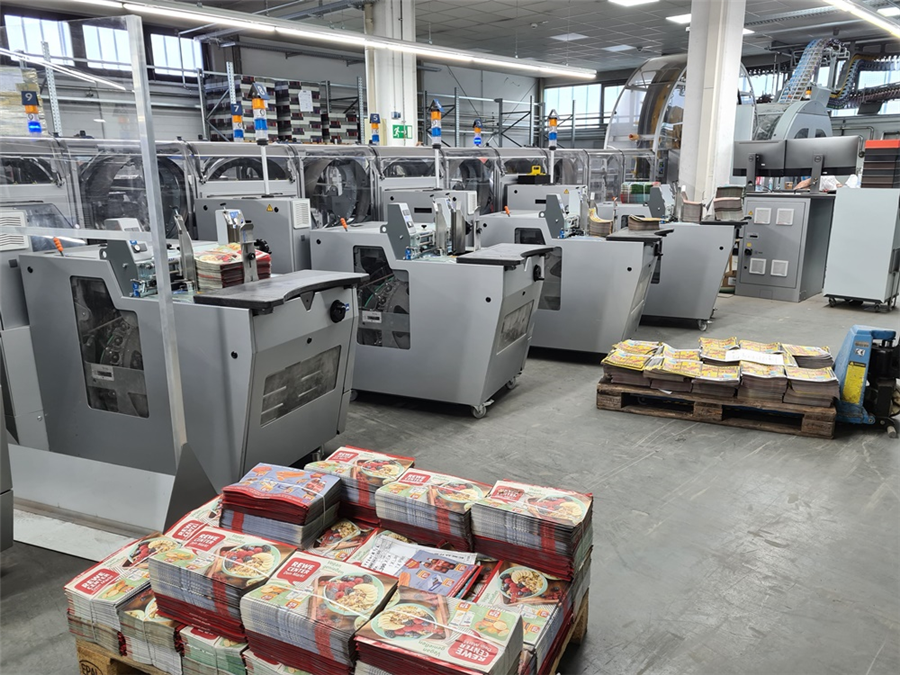 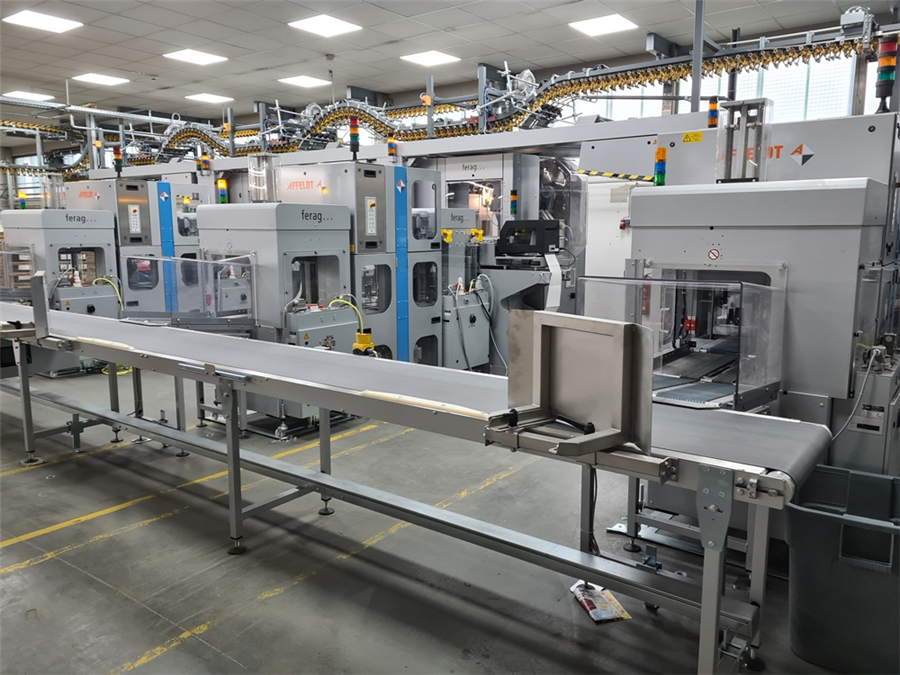