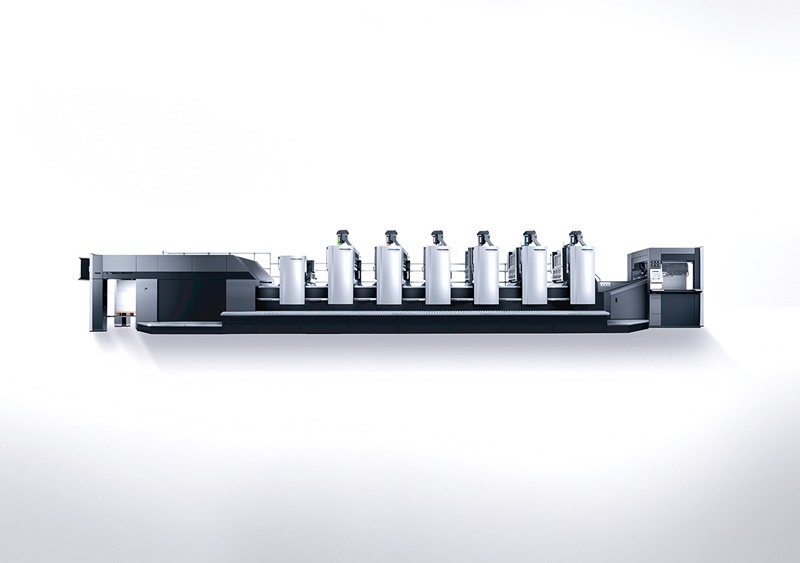 Industrial processes are a growing feature of an ever more networked world, making systematic digitization and automation the order of the day at print shops and an essential prerequisite for sustainable success. Heidelberger Druckmaschinen AG (Heidelberg) supports these efforts by developing print solutions, like its Push-to-Stop technology, that help its customers significantly boost their productivity, expand their business, and further reduce complexity. In addition, other intelligent assistants ensure that the machine’s potential is unlocked, which increases overall performance, process reliability, and profitability.

Concentrating on key factors such as process optimization and intelligent productivity regardless of who is operating equipment, Heidelberg has taken the Smart Print Shop concept to a whole new level for commercial and packaging printers – most recently exhibited at multiple American print shops, which invested in new equipment for future growth.

“The oldest start-up in Arizona,” O’Neil, founded in 1908, is undergoing a major transformation from a traditional commercial printer to a technology-leading company focused on innovation, automation, and efficiency. Part of this transformation includes the company’s recent relocation to a brand new, state-of-the-art facility in Phoenix and installation of a new fleet of high-tech equipment, including the Speedmaster CX 102-6+L with Push-to-Stop and UV technology from Heidelberg.

Since being installed, the Speedmaster CX 102 is achieving 2.5 times more productivity than its three older presses combined. These productivity improvements include significantly shorter makeready times, less waste, faster run speeds and zero drying time to move jobs from press to postpress. According to Narducci, “By investing in this new technology, we were able to reduce our operating costs tremendously by consolidating the workforce and reducing our equipment overhead. Additionally, it has affected our quality and our speed tremendously.” With UV technology, a trend O’Neil sees the printing industry continuing to move towards in the future, the job flow from offset to bindery is much faster and smoother.

In addition to the automation and advanced technology on the press, O’Neil also decided to upgrade its workflow to Prinect Production Manager – making the switch from a competitive workflow. “In our new vision, we want to streamline processes and take touchpoints out for our customers to free them up to do what they do best. Many of the advanced features in Prinect help us to achieve these goals,” said Simon Betran, President of O'Neil.

O’Neil also invested in new postpress technology during the move to the new facility. Equipped with a fully automated Polar cutting system , O’Neil has been able to significantly streamline its job flow from start to finish – a goal that the company has been trying to achieve for decades.

Curtis 1000, with 65 locations nationwide and part of Taylor Corporation, has been a long-standing Heidelberg partner for many years. With two of the current Speedmaster presses aging at its Bloomington, Illinois location, Curtis 1000 recently installed a new state-of-the-art Speedmaster XL 106-8-P+L with both LED & Mercury UV curing and Push-to-Stop technology. “We have great expectations for what this press will do for our business and our customers,” said General Manager, Tim Henning. Despite the fact that Curtis 1000 intends to start decommissioning some of its older Speedmaster presses in the new year, the company believes that it will increase its capacity 20% to be able to take on more customer work.

The Bloomington location of Curtis 1000 specializes in commercial and packaging printing for a variety of industries including insurance, financial services, pharmaceutical, and healthcare. “We’re aggressively investing right now to achieve operational efficiencies and help our customers grow their businesses,” said Tim Henning. “We wanted to expand our offerings for our customers and become even more productive. The new Speedmaster XL 106 allows us to do both,” says Tim Henning. “In many cases, this newer technology equates to better efficiencies and thus, lower prices for our customers.”

The integration of UV technology on the press will enable the company, who only had conventional press technology before, to take on some of its existing customers’ work that it was not able to produce previously. Additionally, shorter curing times mean that Curtis 1000 will be able to streamline their workflow from press to postpress. “Like all printers today, we are seeing demands for turnaround times getting shorter and shorter. Now, we can get jobs to the finishing department much quicker and get jobs to our customers faster,” said Tim Henning.

Curtis 1000 also anticipates that the Push-to-Stop autonomous manufacturing approach will aid in cost savings and in significantly more efficient makereadies. This is supported by AutoPlate Pro, a fully automatic plate change system that controls precise plate feeding for exact and fast registration at the start of each job, and Prinect Inpress Control that measures and controls color and registers on the fly at any speed, delivering the first measurable result in less than 60 sheets. With Inpress Control, Curtis 1000 will no longer have to worry about color fluctuations during the run, which will also contribute to its time and material savings.

Curtis 1000 produces now with five Speedmaster presses altogether, Polar cutters and Prinect Production Manager workflow. In spite of the long partnership between the two organizations, Curtis 1000 is still impressed by the level of service and professionalism that Heidelberg provides. “After all of the years of working together, Heidelberg remains the leader in offset technology. It’s been a great partnership, and I anticipate it being one for years to come,” said Tim Henning. 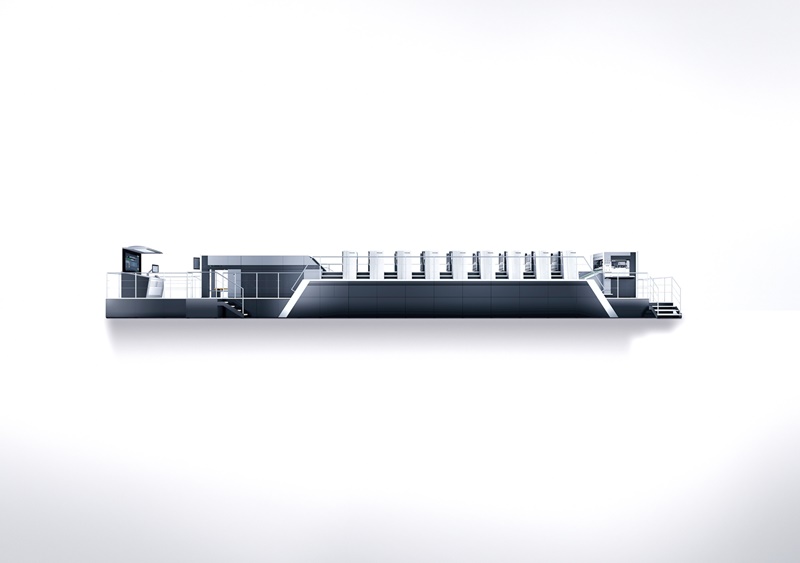