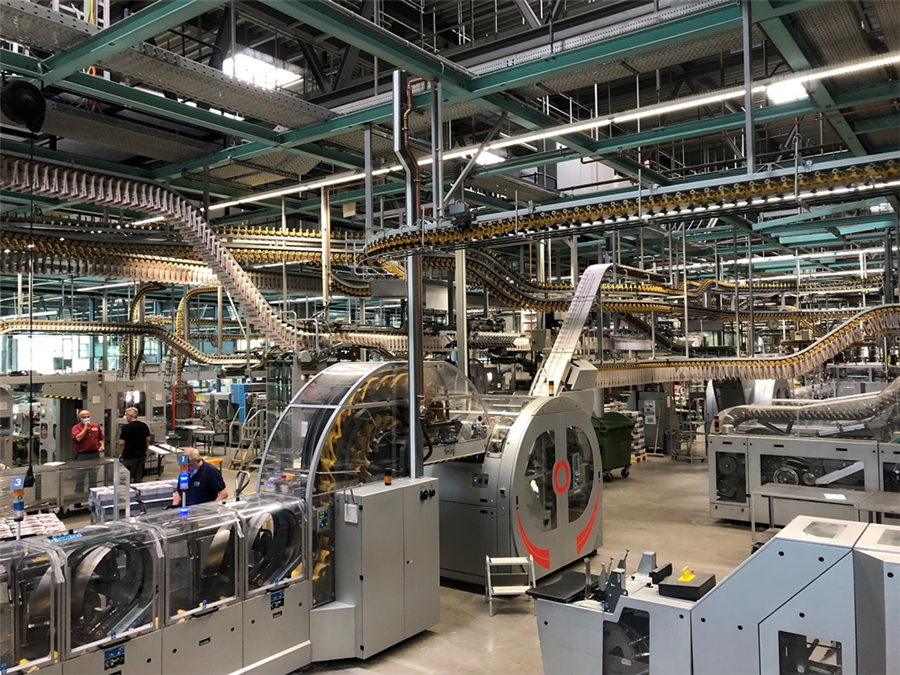 Positioned flexibly for the future

The task of placing an ever increasing number of inserts in a wide variety of combinations led to a comprehensive investment programme at Rheinisch-Bergische Druckerei. New inserting technology, significantly more hoppers and an optimal system layout have given the Düsseldorf-based company much greater flexibility in its mailroom.

Rheinisch-Bergische Druckerei (RBD) is one of the major newspaper production facilities in Germany. All editions of the Rheinische Post, the Westdeutsche Zeitung, the Neuss Grevenbroicher Zeitung, the Remscheider Generalanzeiger, the Solinger Tageblatt and the Bocholt-Borkener Volksblatt are produced here Sundays to Saturdays – a total of around 340,000 copies in 31 different local editions every night.

Each week, the three-shift operation also produces some 1.6 million freesheets as well as newspaper- and magazine-like products with individual print runs of up to 200,000 copies, some on high-quality, lightly coated paper. The company’s 230 employees use both conventional and waterless web offset printing to produce these products. “We are more than a publishing house and more than a printer, too,” says Kirsten Klaszus, Managing Director of Rheinisch-Bergische Druckerei. “We take our customers’ messages and product ideas and turn them into successful product ranges that we produce and distribute.” The printing centre in Düsseldorf is certified in accordance with the offset printing process standard (PSO) and is a member of the climate initiative of the Bundesverband Druck und Medien federal association.

RBD’s portfolio of print products has expanded in recent years. Ferag stitching and trimming drums also allow it to produce saddle-stitched products trimmed on three sides as well. In addition to this diversity of products, there is also the increasing number of inserts with complex production requirements. As a result of these two developments, the Düsseldorf company’s mailroom, which relies entirely on Ferag finishing technology, has been modernized and restructured since 2020.

Until a few months ago, the Düsseldorf operation had seven inserting lines, with six of these outfitted with MultiSertDrum inserting drums, capable of processing up to 45,000 copies per hour. A number of MultiDisc winding and unwinding stations combined with special disc storage allowed RBD to process a large number of preprints and inserts and include them in the inserting process during the main production window entirely automatically. The entire operation was focused on maximum speed and performance.

In recent years, however, circulations and volumes have declined (as they have everywhere in the industry), with fewer preprints as well. What has increased, though, is the complexity of production. In particular, the number of inserts, most of which are placed in the freesheets that primarily appear at the weekend, has risen continuously. This made it necessary to precollect the inserts as part of an additional work step. The maximum of 14 hoppers on the old lines slowed production.

So the long-planned investment in the mailroom, which had been in the detailed planning phase since 2019, focused mainly on achieving greater flexibility – with the optimized use of personnel and largely eliminating the precollection step.

From seven lines to five

RBD’s mailroom now has just five inserting lines – three with the old MSD drums, each of which received new controls and a comprehensive retrofit, and two completely new lines made up of EasySert inserting drums and FlyStream collecting lines. These drums are placed inversely opposite one another, reducing the paths for the line operators. Each of the FlyStreams has 22 manual hoppers and three for pre-wound products. This not only increases the maximum number of inserts, it also allows for the intelligent loading of the hopper positions and optimization of the production sequence.

Ferag’s Optimizer software is very helpful here, and the RBD team uses the software in its production planning. “We have already noticed,” says Kirsten Klaszus, “that there are a lot of advantages and less work when we’re preparing for production.” EasySert was also selected, in part, because of its various opening options (blade, suction head).

Inserting lines and compensating stackers can be freely combined

The company also invested in new MultiStack compensating stackers for three of its lines – three units for each inserting line. Says Kirsten Klaszus: “For us, it’s important to be able to produce the numerous sections involved in daily newspaper production.” The numerous local sections result in a number of small odd counts. Both the connection of the inserting lines to the compensating stackers and the PKT conveyor belts leading to the docks have been configured in a highly flexible way. If necessary, six compensating stackers could be controlled from a single inserting line and small bundles produced very quickly. In turn, the PKT are configured so that each bundling line can be connected to each dock.

The project is scheduled to be completed by the end of 2021. All of the modification work is being done while production continues. Managing Director Kirsten Klaszus says the project is “going very well”. One aspect that is very import to her is the comprehensive employee training, which provides “significant added value to the company”. 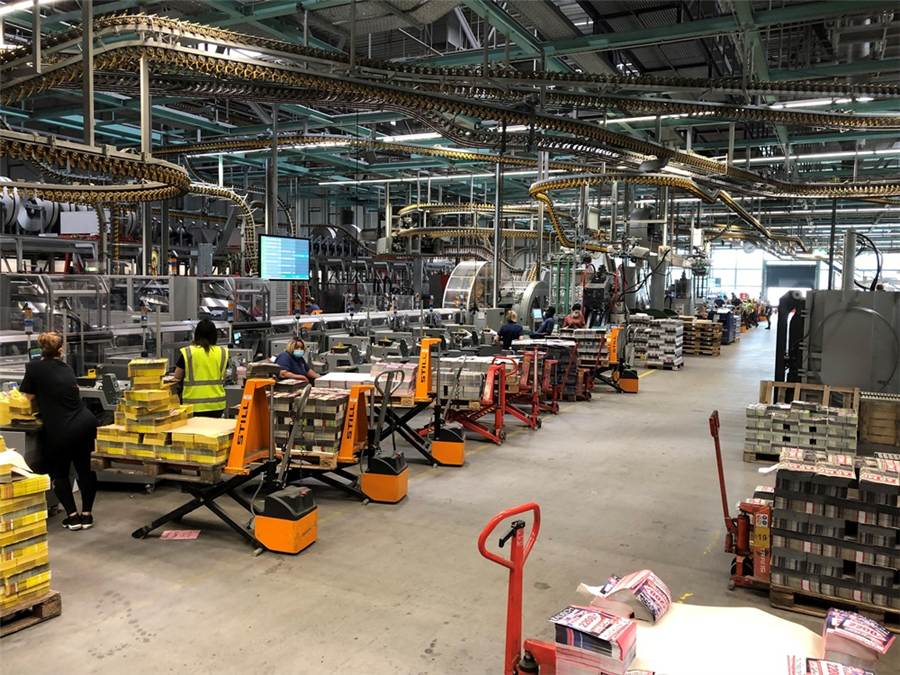 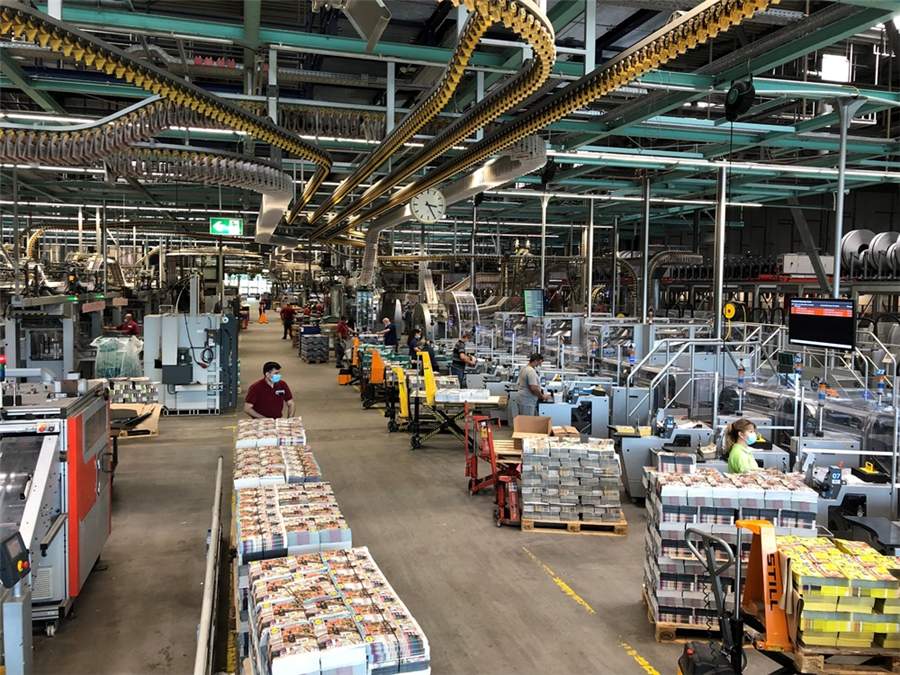